I mentioned in a previous article how my time spent analyzing Dungeons & Dragons heavily influenced how I think about poker. One thing I learned quickly was that poker is a paper/rock/scissor type of game. Play rock too often and your opponent gains an edge by playing paper. The other is that you can trap players by switching strategies mid-game. Once your opponent has adopted a paper-based strategy to beat you, change gears and play scissors. In poker, this dynamic is expressed by how selective you are with your starting hands, your betting lines, the size of your bets, and your overall strategy in the hand.

It was clear I’d need to master a few contradictory styles to switch between. As I studied successful players, I mentally sorted what I thought were their winning traits into a D&D alignment grid. Good vs Evil came down to hand ranges, Lawful vs Chaotic was about pot control. A grid of those traits gave me nine distinct styles to work with and I named each one after a character class to help define their betting lines.

Whenever I play poker, I envision myself as one of these nine characters and they’ve gotten pretty nuanced over the years. Each one is ideal for a different table dynamic and I force myself to change characters throughout every session. It’s pretty silly and I only talk about it with my close friends (we’re friends now, right?), but it’s a lot easier to perform these gear changes when I have something to visualize.

Today I want to talk about one of the most important styles that every new player should master: Chaotic Neutral Barbarian. This style is ideal when short stacked. It’s easy to master because you usually only make one decision each hand: push all-in or fold? Mastering it is critical for tournaments where you spend so much of the endgame playing a short stack. It can also be a good way to try out a new cash game since buying in short nullifies much of the edge experts might have on you.

The style is Chaotic because you’re committing all of your chips early in the hand. You live or die depending on the board runout. When executed correctly though, it can be a very low variance style if players get out of your way during those confrontations. The range is Neutral, neither tight nor loose. You’re specifically playing a range that performs well at showdown, like pocket pairs and high cards. The specific range is dependent on stack sizes, blinds, prize payouts (if you’re past the money bubble in a tournament), and a host of other factors.

When I’m playing in a tournament, and my stack starts to dip below twenty big blinds, that’s when I adopt the mindset of the Chaotic Neutral Barbarian. I face my fear of death and accept that every move becomes total retreat or total commitment.

“In order to live, you must be willing to die.”

When choosing to play a hand, there is only one move: shove all-in. When you shove as the first to enter the pot, you’re informing your opponents that they will have to play the hand to showdown. They will have no implied odds, no incentive to play speculative hands, and no fold equity. To win, they must have a solid hand that holds up against your range of showdown hands. The larger your stack, and the more it forces the caller to risk their tournament life, the less inclined your opponents will be to call off.

Shoving all-in after someone else has raised will win you a much larger prize if you can get them to fold. You’ll have less fold equity than when you’re first to raise since you’re up against a hand they like instead of a random one, but you’re still forcing them to accept a fight to the death. You’ll need a stronger range for this move.

Barbarians have no defenses beyond wielding a stack large enough to scare opponents, so they must carefully choose their spots. The ideal attack is made holding a hand with strong showdown value against opponents incentivized to fold. The Barbarian will wait patiently if one or both of those elements are missing, avoiding confrontation until they can be the aggressor putting their opponents to a difficult decision.

Although a Barbarian would greatly prefer to be the one pressing an attack, when stacks are short it’s easy to get dealt a hand too strong to fold. Either an opponent who covers you has already shoved all-in, or your stack is too small to be threatening compared to the size of the blinds, but you effectively have zero fold equity if you play the hand. It’s easy to make a mistake here if you haven’t studied push/fold charts or drilled with a trainer.

The internet is full of charts for push/fold strategies:
https://floattheturn.com/wp/pushfold/

And there are plenty of free training tools available to help you master this style: https://www.pokerstrategy.com/poker-software-tools/icm-trainer/

If you’re interested in learning more about poker check out some of the other articles in this series! 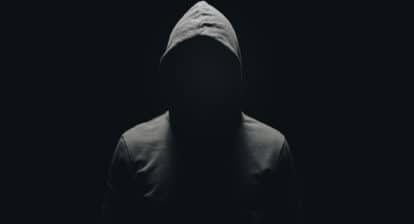